A Message from the National Kindness Movement

Where is he gay today? Singapore 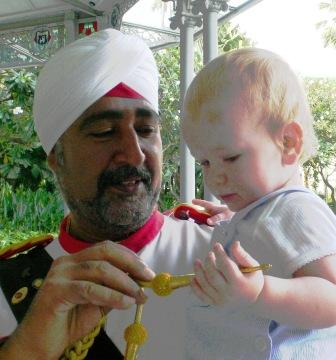 The doorman at the Raffles, and an unidentified guest.
In these days of highly scrutinised business travel, it’s unusual to find oneself in a city with a whole day of nothing to do, on the company dime. Just my luck, it happens to be Singapore.

Now, I shouldn't dis the Island Republic. I have splendid friends and business associates here, and enjoy the cuisine. After living in Munich for a while, it’s good to get some decent Asian food—Singapore has the best.

But the reason I sneer at my good fortune is that I’m stuck here for Singapore National Day. Everything’s closed. 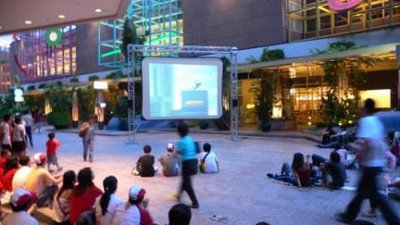 The National Day Parade was a sad little affair. It took a route so short that they had to limit the number of spectators. TV screens in public places gave crowds the impression that they had come together to celebrate something.

Marching bands played the winner of the annual National Day Song Contest, There’s No Place I’d Rather Be (than Singapore) which might betray lack of ambition as much as patriotic zeal. I believe it had been premiered on Singapore Idol. 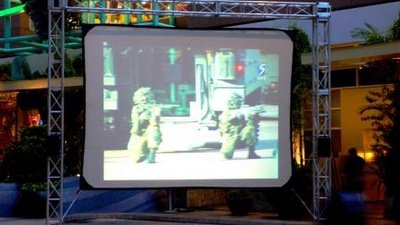 The content of the parade was pretty grim, with a succession of military displays a la Red Square during the Cold War. A little reminder that the smug, middle class life Sigaporeans lead is based on some fairly ruthless enforcement of public order

“You need strict rules in a place like this—or else the Chinese will try to get away with everything” said my Malay cab driver. Was this sort of attitude not behind Singapore becoming a separate country back in the sixties, a fact we were celebrating that very day? 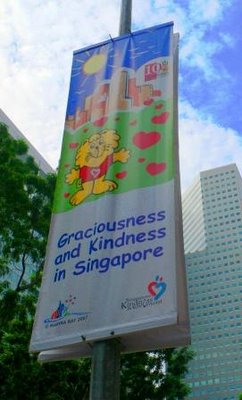 Posters from the Singapore Kindness Movement were everywhere, reminding crowds to be polite. In all, the subtext of the day was a little disturbing.

So, my colleagues and I did what generations of Westerners in Singapore have done. We went to the Raffles while the natives carried on. 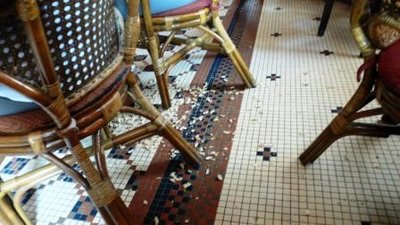 I must say, I miss the old Raffles, before the renovations. OK, you can still throw your peanut shells on the floor of the bar like in the old days, but now you’re supposed to do it, rather than doing it because you lived among savages and life was cheap. 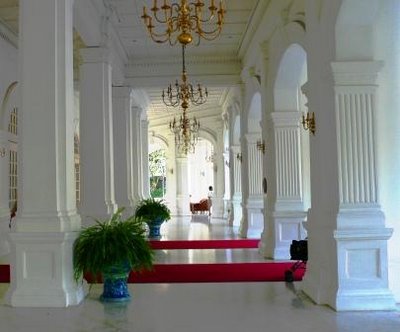 On my first visit to the Raffles (now some 20 years ago), I walked into the Writer’s Bar. As I often do, I engaged the barkeep in conversation. We chatted about the history of the place, and, on a whim, he opened the locked cabinet where the management kept signed copies of books whose authors stayed there.

The cupboard also contained a history of the Raffles, written by Ilsa Sharp. Sharp was, as it happens, sitting on the bar stool next to me. It was a conversation whose memory I treasure.