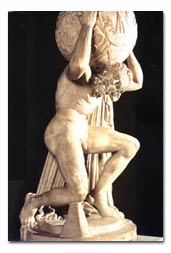 I post in an online community that deals with men's issues. A member—a female member, interestingly—raised the topic of men and their tears.

Many men wrote of crying for lost loved ones, or the pain of separation. Posters spoke of the funerals at which they cried, and how it put them back in touch with the emotional depth of which they are capable. Losing the one you love gives men a license to weep, it seems.


I commend my fellow men. On the other hand, I feel a bit sad for us. What a barren emotional life, if you need to wait for funerals and divorces to show emotion! How do we expect men to keep their hearts closed for so long?
Some men boasted how easily they're re moved to tears. Several admitted that they cry more often and more fulsomely than their wives and girlfriends. Are men really heartless droogs, as so much modern discourse suggests?
In his indispenable book on male depression, I Don't Want to Talk About It, writer and clinician Terence Real quotes much fascinating research. It suggests men may be more emotionally responsive than women. More alert to feelings, in themselves and in others. More profoundly affected by sadness, joy, pity, alarm...even, dare I say it, love.


Somewhere along the path between birth and manhood, men lose their unique emotional gifts. How?


One might argue the only way to train an animal to behave so profoundly against its nature, is through strong negative reinforcement. That is, punishment. In truth, violence.


So many of my cyber-brothers wrote movingly of their own violent instruction in manhood.

I don't cry. If I did as a kid my dad hit me. I learned quick to be strong means be devoid of "weak" emotions. I never hugged people after sex when I felt a bit sad. If I lost a wrestling match my coach would usually yell at me and dare me to cry. I remember standing in the locker room naked holding back the tears as he yelled and belittled me. I coach wrestling & I teach. I encourage my boys to communicate their emotions. Crying is not "breaking down". It is honest open communication. They look at me like I'm nuts when I say "It's okay to cry". The worst sight in the world is watching a 15 year old boy fighting to hold back the natural tears his feelings & body want to produce. It kills me anytime I see it. I can't cry. I have tried.

The violence is, of course, emotional as much as physical.


My old man used to go off on hour-plus long tirades, couched in terms of "family meeting" but it was usually just us as an audience while he went off verbally, redfaced, hoarse - totally apopleptic over one of us. In one of these tirades, I was singled out for having the undesirable trait of crying easily. "You look at the kid crosseyed and he cries, for Gods sake! [mother], when's this SHIT gonna STOP?" I vowed from that point to do whatever was necessary to either surpress or hide any crying. I think I was seven years old.

Many women observe that the most vocal enforcers of male stoicism are, in fact, other men. Thus, it becomes a problem for which women hold no responsibility.


Wrong. Authorities like William Pollack document, time and again, that mothers buy into myths about masculinity as much as fathers.


Mothers push boys away earlier, and assume that they need less nurturing than girls. They provide less of the positive reinforcement that builds self esteem. Less of the normal human closeness that makes us feel secure, sane, and loved.


Men administer the violence, women the daily humiliations. My father may have been the rageaholic, but my mother was the cruelaholic.


Rewind. The Honourable Husband suffers fifth grade in a Pittsburgh mill town. At the top of his class, duking it out for academic kudos with the handsome, blonde, athletic kid whom everyone liked.


Unlike my rival, the other kids taunted me mercilessly on the lengthy walk home from school every day. What was different? Difficult to say. Did I act a bit gay, maybe? Probably not; I was a regular-guy kid. You know...cars, guns, games, bad jokes, that kind of thing.


Mainly, I think, the kids lashed into me for showing emotion. I had the temerity to be hurt by an insult.


It started in kindergarten. I know this for a fact, because one of the taunts from first graders went we're in a grade and you're in a garden. The sentence, conveniently, scans the same as nyah nyah, nyuh nyaaah nyah.

In the fitfh grade, a teacher finally noticed. Or cared. Her name was, ironically, Miss Savage*.


One day, during study period, Miss Savage asked me to step outside for a little chat. (Whispers and giggles in the classroom.) Outside the classroom door, she spoke to me kindly, but firmly. It turns out that I'm just just too sensitive. And I should stop it. OK?


Miss Savage had let my mother know of our little chat. When I got home, my mother sat me down for another little chat. About how humiliated she was. About the trouble I caused. About not knowing what to do with a kid like me. Whatever that was.


It ended the same way it always ended. With my father involved, both parents shouting to stop crying, or we'll give you something to cry about.


How many men of my generation find those very words baked into their brains? It can't be clearer. Cry, and get beaten. Pavlov would approve.


Miss Savage smiled. She had created another strong man who spoke in single syllables, like men should. In the usual male manner, I would get misty from time to time, but when I really needed to cry, I couldn't.


My first decent therapist, whom I saw in my early thirties, shocked me. He pointed out that wanting to cry, but not being able to, was not a sign of manliness. It was a marker for clinical depression. No wonder depression goes undiagnosed in men.


After years of work on the problem, I have recovered the ability to cry on happy occasions. It's harder to let tears soothe my sadness—I resist giving myself succour. Many men share the same problem; we cannot comfort ourselves.


I manage it, but usually with the help of a certain Dr. Johnnie Walker. Yes, I know. That's not a good thing.


Several men rediscovered the ability to cry only when pushed to breaking point.


I agree that American society teaches its young men to be callous almost to the point of automatons when it comes to emotions. When I was a child, I could bawl myself tearless easily. However, in my teens, I began just holding it back. It is very hard for me to cry still. I lost my grandfather in 2002 and couldn't get out a tear over it even though I loved the man. In 2003, I lost grandma on the other side of the family and couldn't cry. I remember watching my first son born the next month and wanting to cry in joy, but being unable to. I couldn't cry when my second son was born in 2005. In September 2006, I was held up at gunpoint by a punk who just wanted drugs. It was obvious he was coming off a "trip" and Jonesing for his next hit. I finally found myself crying from anger at myself for letting it bother me. [The experience reminded me] that crying was the release it had been as a kid...and not to hold back so much. However, it is still a hard thing for me to do.

It took a physical threat to remove their tears; sometimes, it takes physical pain to restore them.


Some of us were so badly stunted by life that we can't cry. I was so badly abused by my family that I turned to stone. I showed no emotion of any kind until I was in my 20s. Then, I wound up in such physical agony that I cried for 3 years. The pain was horrible. Next, I learned to laugh. Trust me, this man can laugh loud and proud. I don't cry often but when I do, I make up for all the other times. Sheesh I am an ugly crier. My cousin died 4 days before Christmas. She was the last relative I had that really cared about me. I cried for days.

These are the lucky ones. Few men rediscover healthy sadness. Instead, they engineer emotional release through a bottle, a joint, or a syringe. Or, their solitary misery explodes into violence. Against other men, usually, or hmself.

June Stephenson, in a rather grim little treatise called Men Are Not Cost-Effective, proposes a means to deal with male violence.
She argues that men can be encouraged to take collective responsibility for their own behaviour through adding a gender surcharge to their income tax. Men should pay a punitive $100 a year for the cost of male behaviour. For the extra policing and incarceration. For the damage male recklessness causes to the environment, or the community. And, especially, to protect women.


I wish it were that simple. There's only one real way to make men behave better.  Stop beating them up in the first place.  Stop threatening them with violence, for just being human.


Guess what? They'll become human beings, not crippled, limping, wounded animals, prone to lash out against their perceived captors. And for pity's sake, let us cry.


Apologies for a late addition to the 2007 Blog Against Sexism.
*That was her real name. The next year, I had a teacher named Bill Sykes. No kidding.

Posted at 12:00 AM in I was just thinking, Men and Their Minds, The Husband's Most Honourable | Permalink | 0 comments