Home The Honourable Husband The International Day to Bite Me Subscribe
Gayfinger
He's no fudgepacker.

Stumbled onto While Drinking: Hip Hop 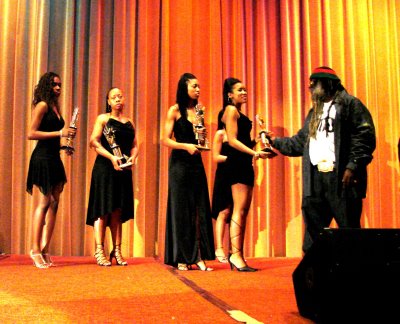 I joke that I really don't live in America. I live on an island off the coast of America called Manhattan. Sometimes I drive into America to buy gasoline, because it's cheaper.

Well, America beckoned me on a recent weekend. To Pittsburgh, where The Honurable Husband was born and spent the first decade or so of his youth.
To ease the stress of dealing with America, I found a little slice of Not America in which to retreat each evening. Thanks to a cache of frequent something-or-other points, I checked into the Pittsburgh Hilton.
A classic moderninst structure clad in brass, it was built in the sixties as a golden symbol of Pittsburgh's rebirth from the wreckage of its industrial past. Now, it's pretty much just a Hilton like any other Hilton on the planet, competing for trade from travelling salesmen on tight expense accounts and wedding-night newlyweds, just escaped from the reception.
A perfectly nice place, but like all international hotels, it feels like the zone between your plane and passport control. Even though you stand on American soil, you’re not technically in the country.
Was it quite prepared to host the Pittsburgh Hip Hop Awards that evening? From my stool in the sports bar downstairs, it looked doubtful.
Thirsty hip-hoppers flooded downstairs because the ballroom had run out of liquor. The bartender confessed that management assumed few of the music crowd would fork out six bucks for a beer.
They were right, up to a point. Only cash-strapped, middle-aged, suburban mortgagees chug suds. The hoppers preferred French cognac.
(I edited out a passage where I tried to capture their speech, but it was clumsy and insulting. I'm sure it was all an act, anyway. Everyone knows urban youth speaks like this.)
Silly of the Hilton not to anticipate hopper cash. Hip-hop is the biggest and most pervasive cultural movement of our time; it changed popular music in the same way rock did in the 1950's.

Urban youth in the South Bronx, disenfranchised by Reaganomics—yes, that long ago—began to recite rhythmic poems about their lives in public, as a performance. And as more joined the ranks of the disenfranchised, the movement grew.
Now, it has not only red-carpet awards, but archivists and historians (like Paradise Gray, above). It keeps a large slice of the Italian fashion and German car industries in black ink.

And it seems largely invisible to white Americans over thirty.
Not that any of our Martell-swilling young men and women cared very much. With great gusto, the movement has begun enjoy the tastes of their former oppressors. (And who can blame them?) They felt rather comfortable, here in Not America.
The Post-Gazette quoted rapper and big-time award-winner Nick Nice: "You don't last as long as we do by hatin'. Spread the love."
The musicians were having so much fun making music, that by the end of the evening, someone noticed that almost none of the awards had been distributed. By the time I snuck in to take a candid snap or two, a line of rather fatigued ladies bravely tried to stay glamourous while palming trophies to several winners who had, clearly, found a working bar.
Alas, I have seen many award shows end this way. After all, I work in advertising. Which is kind of like hip-hop for shallow, boring materialists. 'Scuse me while I go riff on Tide. Over a beer.

Posted at 12:00 AM in Amerika, Arts and Humanities, Pittsburgh | Permalink | 0 comments